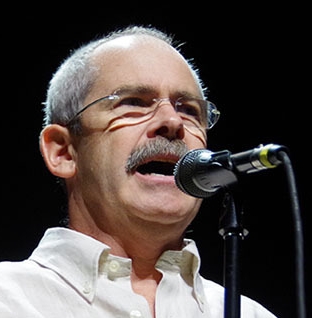 The 2016 Champlain College's Distinguished Citizen award goes to Mark Redmond, the Executive Director of Spectrum Youth and Family Services since 2003. Redmond will receive the award from Champlain College President Donald J. Laackman and the Board of Trustees at the College's Convocation on Friday, Aug. 26 at 3 p.m. at Roger H. Perry Hall.

Redmond will speak to the members of the incoming Class of 2020 as part of the College's Orientation Weekend ceremonies. This is the 55th year of the award, which honors community leaders in Vermont.

In addition to Redmond, the traditional academic welcome at Convocation will include a speech by Provost and Chief Academic Officer Laurie Quinn, who will then introduce the 2016 Edward Phelps Lyman Professorship award recipient. The annual award is given to a senior faculty member of the College community who has shown dedication to students and Champlain College through a record of service and excellence in teaching and advising and through work on faculty and College committees.

This year, the Lyman Professorship recipient is Assoc. Professor Warren Baker of the Division of Communications and Creative Media. In making the announcement earlier this summer, Provost Laurie Quinn shared the words of a nominator, "His passion for student learning and Champlain's mission is awe-inspiring." Another wrote, "I have the utmost regard for my colleague. Students jump at the chance to take his classes and always tell me how much they feel they learned." 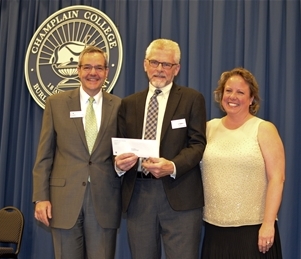 "Our Lyman winner is an excellent teacher, a role model for our students and an outstanding colleague. We celebrate the wisdom and service shown in his kind words, insightful thinking, and leadership in meaningful events such as the Faculty Professional Development Showcase and the Veteran's Day ceremony we hold each November," Quinn said, adding "He integrates a wicked sense of humor, unflinching integrity, and a genuine caring for student success into all that he does." Baker will be one of the speakers at the Class of 2020 Convocation. Logan Rice ‘18, president of the Student Government Association, will also address the incoming class.

Founded in 1970, Spectrum is a nationally recognized leader in helping youth ages 12-26 and their families turn their lives around. Each year, Spectrum serves 1,500 teenagers, young adults, and their family members with programs centered in Burlington and St. Albans.

Spectrum's programs include providing basic needs and supportive housing for homeless or at-risk youth and those aging out of foster care; skills programs and mentoring on basic life and survival skills; and counseling services for prevention and intervention for young people to address substance abuse, mental health issues, patterns of violence and other critical issues that stand in the way of a thriving adulthood.

Redmond has worked with homeless and at-risk youth since 1981 - in New York City; Westchester, NY; and Stamford, CT. Before coming to Spectrum, he was the Associate Executive Director of the Domus Foundation and helped start the city's first charter school for low-income middle school children.

He has a Bachelor's degree from Villanova University and a Masters in Public Administration from New York University. In addition to working at Spectrum, Redmond is a writer for The Huffington Post and the author of "The Goodness Within: Reaching out to Troubled Teens with Love and Compassion" (Paulist Press). He has had articles published in Forbes, The New York Times, Vermont Digger and The Burlington Free Press. He is an active storyteller and has been featured on The Moth radio program, local story slams and in a Tedx Talk. Redmond's Moth talk, "This Church," ran on National Public Radio in December of 2014.

Redmond is married to Marybeth Redmond, and they have two children, Aiden and Liam. They live in Essex, Vt..