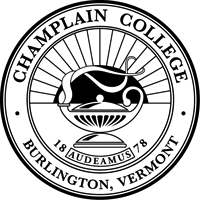 Last year, I joined over 600 college and university presidents across the country in support of the Deferred Action for Childhood Arrivals (DACA) program. The statement cited the "moral imperative" and "national necessity" of supporting DACA, which has benefitted nearly 800,000 young people since its inception in 2012. Yesterday, the Trump administration announced that it intends to rescind DACA.

Champlain College stands in solidarity with the "Dreamers," as those in the program are called. Supporting these young people is in alignment with Champlain's values of access and inclusion. Champlain College seeks to enable our students to lead meaningfully better lives through our mission to help them become skilled practitioners, effective professionals, and engaged global citizens. Our students wrestle with the meaning of self, culture and social justice in a global society every day. As a learning institution, we strive to create an inclusive community that values the contributions all members of our community can make. We support the opportunities provided by DACA and celebrate the many contributions made by DACA recipients.

The young people who opted into the DACA program have grown up in the United States. They consider themselves American, just like their classmates, friends, and neighbors. After DACA was implemented, these young people were able to register with the federal government and gain the temporary status available under the policy. To qualify for DACA, applicants must pass a multifaceted and rigorous test, including the requirement to have arrived in the United States before reaching age 16, resided here continuously since 2012, be enrolled in or completed high school, not been convicted of a crime, and not present a threat to national security or public safety. To date, roughly 800,000 young people have received DACA status. Approximately 42 of them live in Vermont. Now, these young people are working, studying at colleges and universities, or enlisting in the armed services. Because they now have work permits, they can make immediate contributions to our society and our economy. They are paying taxes and buying cars, homes, and consumer goods, all of which generates economic activity and increases tax revenue for federal, state and local governments. In addition, it is worth noting that they are ineligible for federal means-tested welfare benefits, Pell Grants and federal student loans, as well as Obamacare tax subsidies.

According to a recent study by the conservative CATO Institute, a repeal or rollback of DACA would harm the economy and cost government at all levels a significant amount of lost tax revenue. CATO also estimates that deporting those with DACA status would cost over $60 billion in lost tax revenue and result in a $280 billion reduction in economic growth over the next decade. Congress should immediately pass legislation putting DACA into a statute to protect this group of young people. Congress has already introduced bills to codify DACA, including the Dream Act (S. 1615). Another path forward would be the bipartisan BRIDGE Act (S. 128). At a minimum, we urge Congress to build the current DACA provisions into a statute.

Congress now has the opportunity to enshrine protections for DACA recipients in the law and remove the legal uncertainties that now surround the program. Champlain College joins higher education and business leaders in asking Congress to pass legislation as soon as possible to ensure the protections afforded by the DACA policy and protect the "Dreamers."