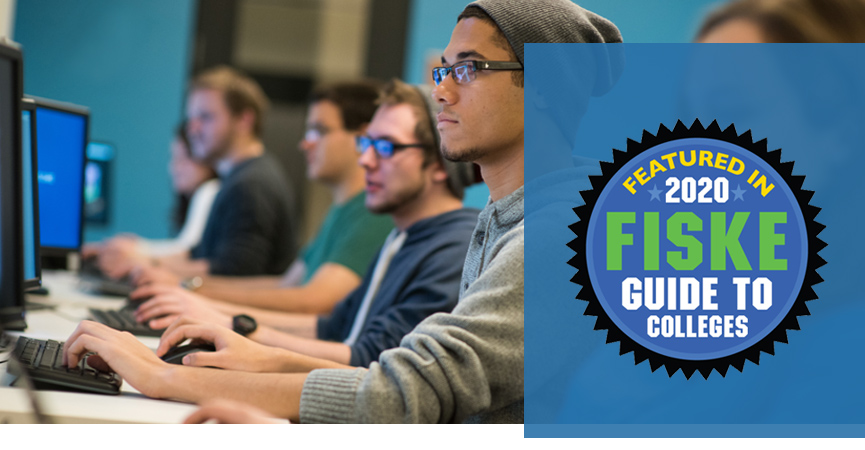 BURLINGTON, Vt. - Fiske Guide to Colleges, a leading college guidebook, has once again included Champlain College in its 2020 edition which highlights 323 colleges and universities designated as the “best and most interesting schools” in the United States, Canada, and Great Britain.

Compiled by former New York Times education editor, Edward B. Fiske, the guidebook selects colleges based primarily on academic quality, and includes information about each school’s academics, social life, student body, financial aid, campus setting, housing, food, sports, and clubs. “Champlain is an up-and-coming small college, situated on a hill overlooking Vermont’s scenic Lake Champlain,” notes Fiske. Champlain teaches students "the broad thinking and learning skills that will serve them well beyond their first jobs." Innovative to its core, and focused on preparing students to thrive in both their careers and lives, Fiske calls Champlain, “a small college with a big vision of how to refashion the relationship between professional training and the liberal arts.”

To give prospective students and their families an inside look at Champlain, Fiske asked current students about academics and student life. “Professors bring a great deal of passion, dedication, and experience that the students can tap into to expand their own knowledge,” says one student. A senior says, “From your Core classes to your major-specific classes, you will be engaged in discussions and group projects almost every day.”

“Champlain puts a lot of effort into the thought of after college,” says a junior. Fiske notes that virtually all students participate in some sort of internship at some point, and calls out Champlain's InSight career and personal finance program, which offers “an array of workshops, company visits, and other activities that teach such real-world skills as developing a resume and cover letter, setting a budget, and earning a good credit score.”

“Study abroad plays an important role at Champlain,” says Fiske. “Champlain maintains satellite campuses in Dublin, Ireland, from which students have easy access to the rest of Europe, and Montreal, Canada, a major global center for the game industry. Still dozens of other students go abroad through the school's internship sites in Shanghai or through Champlain's service-learning program.” Nearly 60% of Champlain students study abroad and, as Fiske points out, the College offers free passports to students who do not already have them.

Champlain College consistently ranks among the top regional colleges in several guides. It is a 2020 College of Distinction. Champlain is also included in the Princeton Review’s The Best 384 Colleges: 2019 Edition and their 2019 “Top 50 Green Colleges.” Champlain was named one of the “Most Innovative Schools” by U.S. News & World Report, and ranks among the top 100 “Best Regional Universities in the North.” It was also featured as “One of the Best Undergraduate Teaching Programs” and a “Best Value School.” 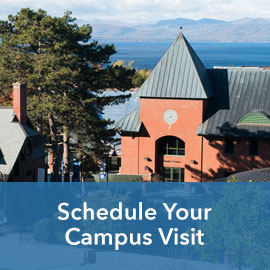 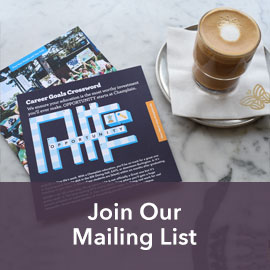 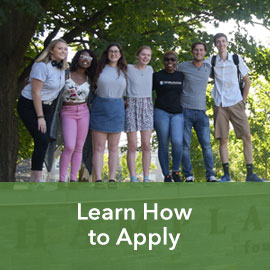