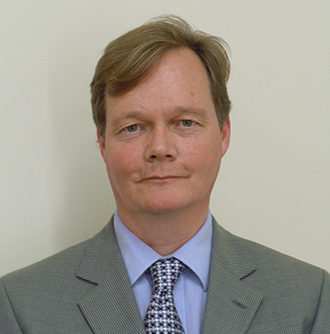 Renaat Verbruggen studied at University College Dublin, obtaining a B.Comm. in 1980 and MSc in Management Science in 1981. He then went to Belgium in 1982 to study at the Katholieke Universiteit in Leuven (KUL) where he completed a Doctorandus in Toegepaste Economische Wetenschappen, or MSc in Applied Economic Science. He worked as a tutor at both UCD, KUL and then as lecturer at the RTC in Dundalk now DKIT. He joined the then National Institute for Higher Education in 1986 and became a full lecturer in Dublin City University in 1990.

His main area of work is Software Engineering and he developed and ran many modules in this area. He also worked closely with industry, establishing and delivering courses and working on action-research projects for many of the major consultancy companies and multinationals located in Ireland.

In 2003 he helped establish the M.Sc. in Security and Forensic Computing at DCU, the first such postgraduate degree in Ireland. Since then he has acted as director of this degree and concentrated on the ethical and legal aspects of cyber-crime and the internet. He has supervised and collaborated on many papers in the area and contributed to conferences in the areas of cyber-terrorism. He was involved as an initial contributor for assessing Electronic Voting in Ireland and subsequently was invited to serve on the expert panel to assess the secrecy, accuracy and testing of the electronic system resulting in the public reports for the Commission that contributed to the final outcome. In 2013 he served as adjunct faculty in the Software Engineering Institute of Northeastern University, Shenyang, China. He delivered a complete module on object-oriented systems there and enjoyed the experience tremendously.

Away from the internet he can be found wandering, like Aengus, amongst the Wicklow Hills and observing the wildlife, in particular his favourite: Daubenton's bat.