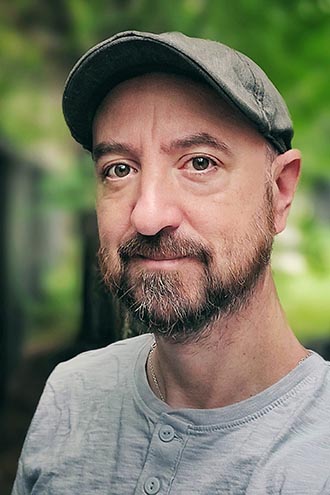 Nicolas Blanchard has been in the video game industry for more than 17 years. He started his career in Brittany (France) back in the 2000's. He has worked on various projetcs, including real estate 3D visualization, rail transport interactive applications, and scientist CG short films.

In 2005 Nicolas joined Ubisoft Montreal as level artist on the production of Prince of Persia - The Two Thrones – a dream come true! Throughout the years, he has had the chance to work with very talented and inspiring people on several major games such as Rainbow 6 Vegas and Splinter Cell Conviction. In 2012, Nicolas acted as Art Director on the production of Splinter Cell Blacklist Adversarial. In 2016, his role of Associate Art Director on For Honor lead him to train environment artists in Chengdu (China) and Brighton (England).

Now a Canadian citizen and settled in Laval with his wife and his 2 children, Nicolas keeps having the same fun everyday working on what will be the future of video games.