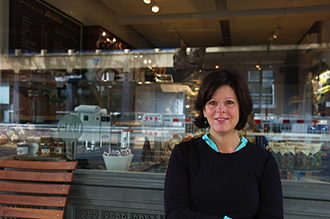 Susan Semenak is a Montreal journalist, food writer, and teacher. She is a cookbook writer with a new book about winter cuisine published in the fall of 2018. Her first book, Market Chronicles: Recipes & Stories from Montreal’s Marché Jean-Talon (Editions Cardinal 2011) won numerous awards, including the International Association of Culinary Professionals’ Judge’s Award and the Gourmand World Cookbook Awards’ prize in the local cuisine category.

Her writing and food styling have also appeared in the Toronto Star, Organic Gardening Magazine, Montréal and Toronto Home Magazines and on CTV television.

Away from work, you’ll find her in the mosaic studio or the vegetable garden.