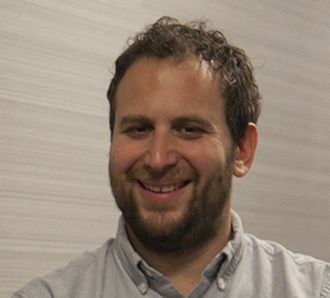 Mark Slutsky is an award-winning writer and director based in Montreal. His shorts Never Happened (2015) and Sorry, Rabbi (2011) both premiered at the Toronto International Film Festival, with the former making its international premiere at the Tribeca Film Festival 2016. His short The Decelerators (2012) was made a Vimeo Staff Pick in 2013 and was featured across the web on sites such as io9 and BuzzFeed. In 2013 he also co-directed and produced the animated short I'm One, Too! for the 44th season of Sesame Street. His feature work includes co-writing and co-producing the comedy Peepers (EOne, 2010) and writing the documentary The Fruit Hunters (Eyesteelfilm, 2012) with director Yung Chang. He is currently developing a feature version of The Decelerators with Depth of Field films in Los Angeles, and the feature You Can Live Forever with Prospector Films in Montreal. He is also the creator of the acclaimed web project Sad YouTube, which has been featured in Newsweek, Slate, NPR's On the Media and elsewhere around the world.