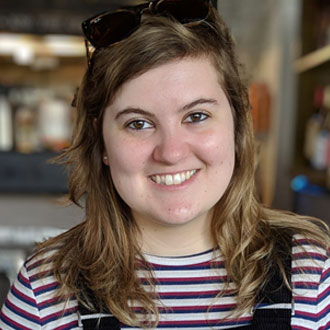 Hannah is a languages graduate from the UK. She studied French and Spanish at the University of Southampton and is very passionate about travelling and meeting new people. She spent two years teaching English in a secondary school in Rivière-du-Loup and has spent many summers working with international students at second language summer schools before moving to Montreal and joining the Champlain family. Hannah started at Champlain Montreal in 2015 and took on the role of Internship Supervisor in 2017.

Hannah's hobbies include playing team sports such as Dodgeball and Netball, and doing improv. Hannah has been involved with the Montreal Improv Theatre since January 2016 and has produced many of her own shows over the years. Hannah also produced the 2019 bilingual improv festival in Montreal.