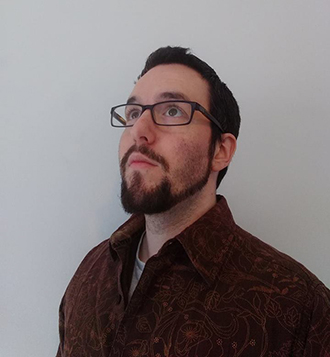 Simon is an interdisciplinary software developer and entrepreneur, whose passion for video games led him back to this professional field after close to a decade of work in event management and IT studio rigging for clients such as the Canadian Broadcasting Corporation.

Holder of a bachelor’s degree in multimedia production and marketing, as well as a postgraduate degree in game design, he also attended the École des Entrepreneurs du Québec in 2014, prior to co-founding independent game studio ManaVoid Entertainment. In 2017, he took a year to specialize in video game marketing by directing multiple successful international crowdfunding campaigns for fellow independent studios, under the IndieGem consultancy banner.

In addition to teaching Game Technology II, Simon now works as a full-time developer for Montreal-based Affordance Studio, where he spends much of his time programming C# games in the Unity engine, as well as designing user interfaces for various educational Web applications.