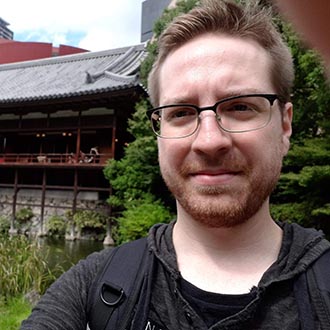 David has been in the industry as a VFX artist for almost 4 years. From Wrecko, an indie studio of 5 people, to Gameloft, CyberConnect2, EA Motive and now Ubisoft, David has worked on multiple games, notably Dungeon Hunter Champions and Dragonball Z Kakarot. Before becoming a teacher, he has mentored students, some of which have been hired in the industry.

During his spare time, David likes to binge watch anime and Netflix series, play video games such as Pokemon Sword, Stardew Valley and Smash Bros or simply geek out about all those things with friends.