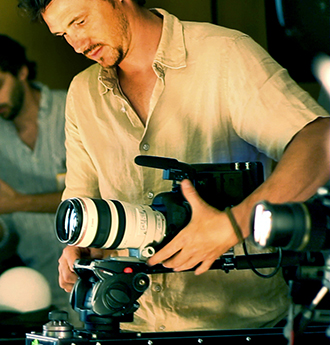 Noé has always been fascinated by visuals: images and films. By combining creativity and technical skills he found his balance during his training and later in his professional practice as a multimedia designer and audiovisual producer. He finds inspiration in contemporary art forms such as graffiti, music and video art.

He holds several degrees in multimedia design & engineering and art direction. He has worked in several fields such as graphic arts, museum scenography, scientific communication and cultural projects worldwide: New York, San Jose, Montreal and Villefranche-sur-Mer, in the south of France, where he is originally from. His career has shifted slowly towards production, working with moving images, exploring innovative paths of filmmaking. More recently, he has created Parafilms, a production company based in Montreal specialized in web based video productions: Documentary, animation, live action and fictional films.