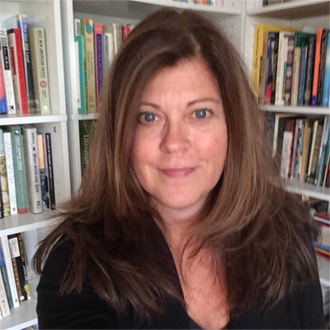 Glover Howell went on to earn an MA in English with an advanced writing certification from the University of Nebraska Omaha, and a Ph.D. from the University of Kansas in English, specializing in creative writing pedagogy, the essay, autobiographical writing, memoir, creative nonfiction, and Modernism–the interwar years. She is endorsed for work in service learning, holds a Nebraska state teaching certificate, is certified with the National Writing Project, and is on the Artists in the Classroom roster for the Nebraska Arts Council.

Glover Howell's children's book, Ethan Eats Hot Lunch, was illustrated by Bruce Arant and published by Farfallina Press in 2017. This book is part of the series Ethan Goes to School; the second book in the series, Ethan Goes to Recess, is currently in production. Glover Howell's writing has appeared in The Mochilla Review, The Sequel, CNF 1966, Eureka Studies in Teaching Short Fiction, and in the textbook The Intersection of Food and Public Health: Examining Current Challenges and Solutions in Policy and Politics. Glover Howell, a native of Nebraska, was selected by the Willa Cather Foundation to be their writer in residence. While there, she led a series of place-based prairie workshops while living in the Harling house, made famous in Cather's My Antonia.

Glover Howell and her husband, adjunct professor Will Glover Howell, recently moved to Vermont. They now live in Grand Isle, and when they are not teaching or writing, they enjoy hiking and the challenge of finding the perfect french fry.