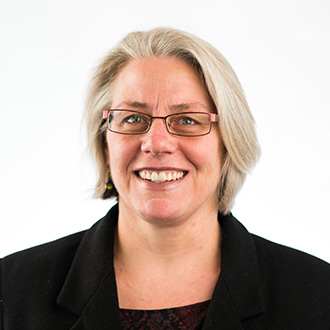 Dr. Kirsten Isgro has been teaching at Champlain College since 2006 in the Center for Professional and Executive Development, the Communication and Creative Media, Graduate, and Champlain College Online divisions.  As an instructor and facilitator of undergraduate classes over the last fifteen years, she maintains a firm belief in active learning, where students are not mere receptacles for knowledge.  Kirsten also has a commitment and long history of incorporating community-based service-learning projects into her course curricula.  The most recent project included an ongoing outreach campaign with the AIDS Council of Northeastern New York.

Dr. Isgro's professional life outside of academia has included working with both the non-profit sector and business communities, designing workshops and conferences, and implementing various marketing and activist strategies, which she readily shares with students as pertinent to course material.  She has worked with the Columbus (Ohio) Urban League, the National Assault Prevention Center, and the Ohio Coalition on Sexual Assault.  She has served as an educational coordinator for the AIDS Services for the Monadnock Region (ASMR) and later coordinated professional workshops on gender and sexual health issues across New England for educators and health providers.   In summer 2001, she worked with the International Women's Tribune Centre (IWTC) in New York City as a research fellow, where she monitored and researched United Nations and non-governmental organization activity, particularly those focusing on HIV/AIDS and women and disarmament issues. She also participated in the United Nations Fourth World Conference on Women 1995 in China and the 2005 follow-up session in New York City.

Her academic interests include health communication; critical cultural studies; and media, religion and culture.  In the fall 2012, Columbia University Press is publishing an anthology she co-edited on Mothers and Academia.  Other publications include chapters in Women and Children First: Feminism, Rhetoric and Public Policy and Fundamentalisms and the Media: Histories, Mediations, and Locations.  Currently she is working on an article with the founder of Parent to Parent USA for the Health Promotion Practice journal about the importance of peer-to-peer support groups as an extension of her interest in family-centered care and patient-provider communication.

Kirsten holds a PhD from the University of Massachusetts at Amherst, and MA and BA degrees from Ohio State University.