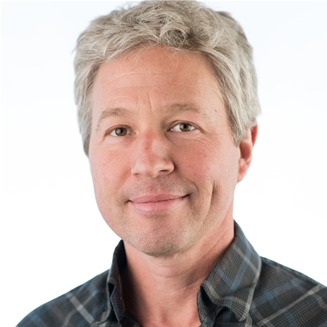 Before becoming a professional photographer, Jordan taught drawing and exhibited paintings. With photography, he seeks to expand on the possibilities of representation. He uses a variety of analog techniques to produce one-of-a-kind photographic prints. Jordan uses both low tech and high optics cameras in creating his varied images, which he has shown throughout Vermont. He is dedicated to the expansive possibilities of analog photography, and much of his work examines process.

Occasionally, he works on assignment to produce book covers or images for artists and musicians.

Jordan's most recent show, "(Re)membering," was exhibited at Speeder & Earl's in Burlington, Vermont, in August of 2019. All of the images are of photographs collected, re-shot, printed with hand-applied silver gelatin on cotton watercolor paper, and toned in sepia. Antique photographs are re-contextualized to speak to our present day humanity.

"Of Gavin" is an homage to Jordan's younger brother, who died suddenly of a heart attack in 2017. The selection of alternative darkroom prints was exhibited in February 2019, at Pennycluse Cafe in Burlington, Vermont. The images are a study of his brother's possessions—many of which are from their childhood in the 1970's.

"Images of Havana" was an exhibition of lith prints, of images captured in Cuba on black & white film, and shown at Artspace 150 in Burlington, Vermont, in September 2015. The images focused on the gritty inner city, on the eve of Cuba's re-opening of relations with America. Lith printing is an alternative development technique that causes an explosion of the silver grain and a shift in color toward warm brown tones. No two prints come out the same.

"The Fingerprint Series" was exhibited at Burlington's BCA Metro Gallery in May of 2014, and again at Champlain College's President's Suite in November 2014. Large silver gelatin prints were produced entirely through photographic chemical process, without ink nor camera. The resulting images become aesthetic studies of form and pattern, as well as intriguing representations of our human identity.

Currently, Jordan is working on a series entitled "Interface." Large scale digital prints explore the intersection of our human features and technology. A close-up of a human eye is overlaid with the cold linear details of a computer circuit board. A mouth is obscured with code.

To learn more and see galleries of various bodies of work, go to: https://www.jordandouglasphotography.com.

Darkroom photography is alive and well!