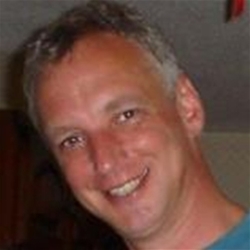 Jeff grew up in England, moving to the US in the early 80s to attend graduate school at Yale, and then worked in a variety of media jobs, including advertising, radio, television and film. He started teaching in 1993 at (the now defunct) Trinity College, and later taught at UVM in the Sociology Department. He specializes in Media and Popular Culture, with a particular interest in semiotics, censorship, and mass media influence.