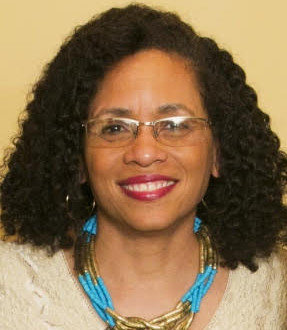 Rosalynne Whitaker-Heck, Ed.D., APR, is a 20-year veteran of communications, including broadcast production, telecommunications education, media relations, strategic communication, special events, and community relations. She earned a Bachelor of Arts degree in Communication with a minor in Media Management from Howard University, and earned a Master of Science degree from Virginia Commonwealth University. In 2013, she earned an Ed.D. in Higher Education Administration from the George Washington University.

Whitaker-Heck's professional career has included positions as a PBS producer / director at WPSX-TV located on the campus of Penn State in State College, PA, a weekend news editor at WTKR-TV 3 in Norfolk, VA, and as the community coordinator for Colors All Our Own television race initiative for PBS affiliate WHRO in Norfolk, Virginia. The project won a Capitol Region Emmy award from the National Academy of Television Arts and Sciences, Washington D.C. chapter.

Her academic career has included positions as an assistant supervisor for telecommunications education with Newport News Public Schools' cable television station. In addition, Whitaker-Heck taught journalism and communications courses for two universities and served as the first Director (interim) and as interim Dean at the Scripps Howard School of Journalism and Communications at Hampton University, Virginia.

A significant aspect of her professional career has involved building strategic relationships, alliances, and partnerships with various constituents. Some of the organizations have included:

Whitaker-Heck's recent work is Director of Communications for the grant-funded A Sense of Place project with the Clemmons Family Farm—one of the largest African-American owned farms in the state that is transitioning into a multicultural heritage center.

Her other consulting and freelance activities include being the Communications Consultant for the Signet Event Center, a brand new 58,000-square-foot event center currently under construction in Virginia; and High Profile Producer for the National Association of Black Journalists' 2019 national conference in Miami. In addition, Whitaker-Heck is the co-owner of HECK Productions, a digital content creation business.

"I am a strong advocate of the need for students to master 'constructive challenging' and 'intellectual questioning' in order to acquire total educational empowerment. Acquisition of knowledge is useless if not used to disrupt for the better."