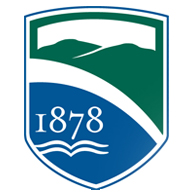 Originally from Pennsylvania, Robert Wierman moved to Vermont in the Spring of 2018. He is interested in both computer science and philosophy, as well as the ever increasing prospects and scenarios that occur in the intersection of the two.  Professionally, his domain is that of project and operational management. Previously, he has held roles ranging from network administration to training.

Robert believes the play between abstract and concrete never gets old professionally or academically. He is a lifelong learner and is afflicted with a most fortunate case of educational wanderlust. Outside of the office and classroom, he enjoys hiking, swimming, being a mediocre cook and a terrible gardener.

"Do good work. Do better work."