Our virtual tour will provide you with a taste of what you can expect when you visit us.

As it approached its 150th anniversary, the former residence now known as the Welcome & Admission Center at Roger H. Perry Hall had a dramatic rebirth at the center of Champlain College and Hill Section neighborhood life.

Originally built in 1859, Perry Hall was purchased by Champlain College in 2004 and remained vacant until May of 2009. At that time plans to convert the historic building to a new student "Welcome Center" were unanimously approved by the College's Board of Trustees. This set the stage for a ground-breaking ceremony to begin the long-anticipated restoration of the 251 South Willard St. home.

With a re-opening in July 2010, Perry Hall currently houses the College's Admission, Financial Aid, and Student Accounts Departments, as well as the Registrar's Office, Office of International Education and Compass Student Services. In 2018, Perry Hall became the first institutional building to earn a BLUE certification as a watershed friendly building. Learn more about the environmental attributes of Perry Hall here. 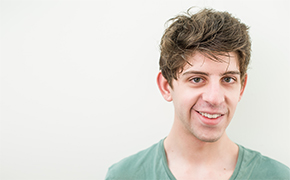