A Mediation Between Haitian Farmers, the Inter-American Development Bank and the Government of Haiti 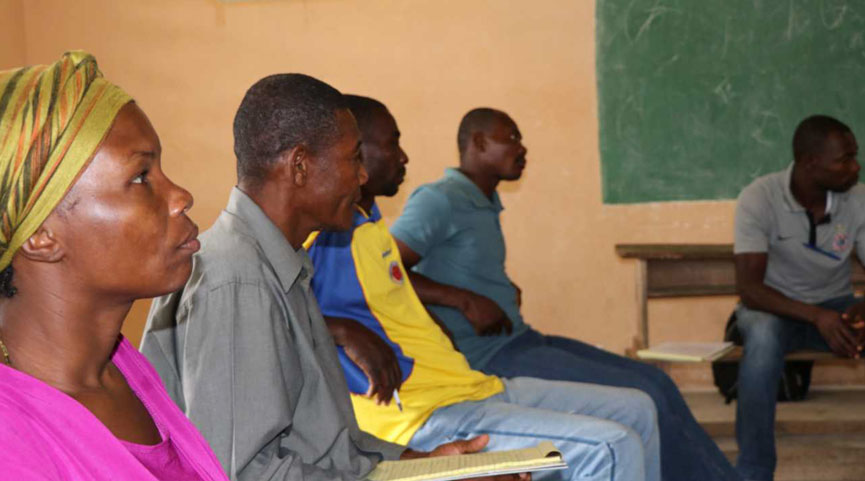 In 2010, the Haitian government set out to evict 366 farmers from a productive tract of agricultural land northeast in the corner of the country, making way for the development of a massive, new industrial park. The anchor tenant would be Sae-A Trading, a South Korean clothing manufacturer and supplied to brands like The Gap and Walmart.

It had been just one year since Port-au-Prince had been devastated by a massive earthquake, which had killed an estimated 200,000 Haitians. Now, with foreign aid pouring in and trade deals at the ready, the Haitian government, Recovery Commission, Inter-American Development Bank (BID), and international investors sought to create opportunity in this remote region of the country. Although the intention was to bring new jobs to the community, the Caracol Industrial Park ultimately displaced farmers who lost their livelihood through this compulsory acquisition. While the BID and the government of Haiti had worked with the farmers for years to develop an adequate compensation plan, in 2017, the farmers filed a request for mediation with the Independent Mechanism for Consultation and Investigation (MICI by its initials in Spanish) of the InterAmerican Development Bank claiming that their livelihoods had not been restored in accordance with bank policies on forced displacement. The MICI declared the claim eligible and employed the services of the Champlain College Center for Mediation & Dialogue to find a consensus-based solution to the question of what additional measures to take to restore the farmers' livelihoods.

FARMERS: While initially compensated for the displacement, farmers found that the compensation was not sufficient to restore their livelihoods. Many were not able to find new land for farming and others found that the small businesses they had undertaken were not prospering at the level their farms had. Facing significant personal and financial hardship, they filed the claim with the BID.

INTER-AMERICAN DEVELOPMENT BANK: They provide financing solutions to development challenges and poverty reduction efforts in the region, and want to minimize the unintended harm caused by their investments.

HAITIAN GOVERNMENT: They see international investment and trade as a critical part of their rebuilding effort, and want to appease investors and the international community. While proud of the nearly 16.000 jobs they created with the industrial plant project, they recognize the need to find ways to activate the family economies of the displaced farmers.

Working through the MICI consultation process of the BID, The Champlain College Center for Mediation & Dialogue led stakeholders through the process of establishing a fair and attainable plan to address the farmers' concerns. Over the course of 12 months, the team worked together to develop a plan for compensating impacted farmers and their families.

The parties reached an agreement and are currently in the implementation and monitoring phase. The Center continues to facilitate the process which can last up to five years depending on how long implementation lasts. The Center remains engaged and committed in this effort to help hold all parties accountable and ensure on-going communication and collaboration.