This Report Card creates an overall financial literacy and capability grade for each state. The report also creates state grades for 59 data points. The data point grades are used to generate a final state grade; category grades in financial knowledge, credit, saving and spending, retirement readiness and other investing, and protect and insure; and grades in six credit subcategories, including general credit, housing credit, auto credit, credit cards, student loans and other credit. In all, each state and the nation have as many as 71 different grades.

For each data point, credit subcategory and category grade created in this report, a linear curve system was used. This system assigns a minimum grade of 55 percent (grade F) to the state(s) with the lowest or worst score and assigns a maximum grade of 100 percent (grade A+) to the state(s) with the highest or best score. Using a linear curve equation, all remaining states were given a grade scaled between these two extremes (see how this process works with an online calculator). For example, one data point used in this report is the number of consumers filing for bankruptcy per 1000 people. The state with the lowest, or best, bankruptcy rate of 0.6 was given a grade of 100 percent. The state with the highest, or worst, bankruptcy rate of 5.9 was given a grade of 55 percent. All other 48 states were given grades scaled between these two data points.

The linear distribution equation used is as follows: 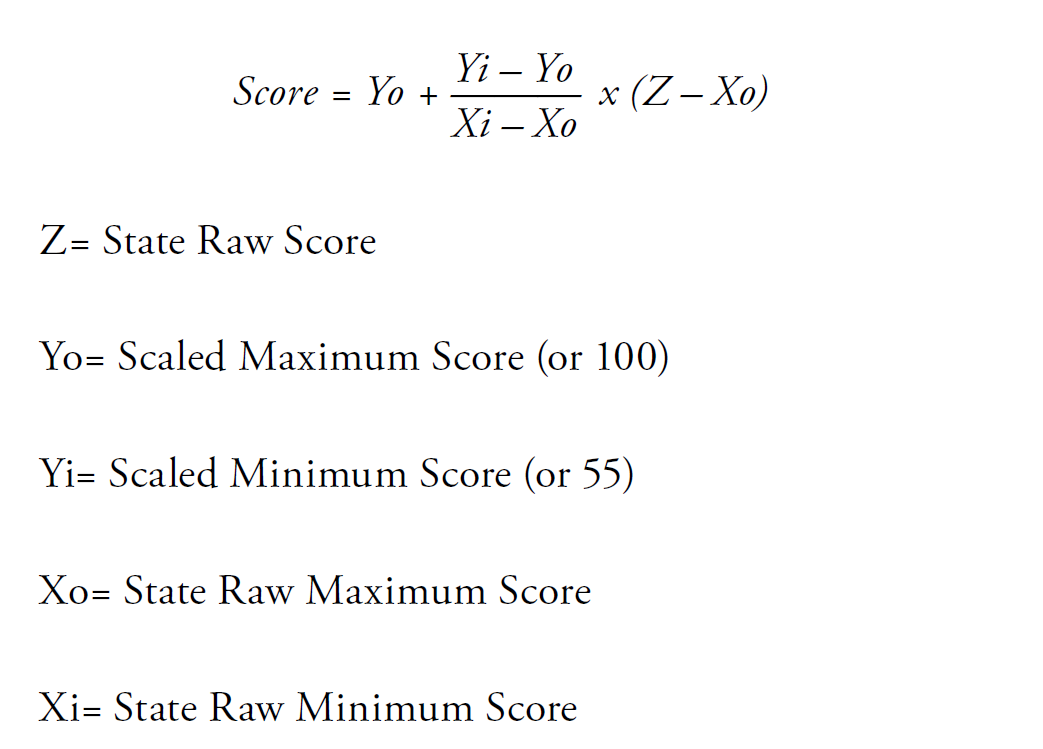 For reasons that are explained below (or in the report), equal weighting of data points for grading purposes was not used in the overall final state grades, and in two category grades (financial knowledge and credit) and in one subcategory grade (auto credit) that is part of the credit category grade.

The weighting systems for these grades are listed below: 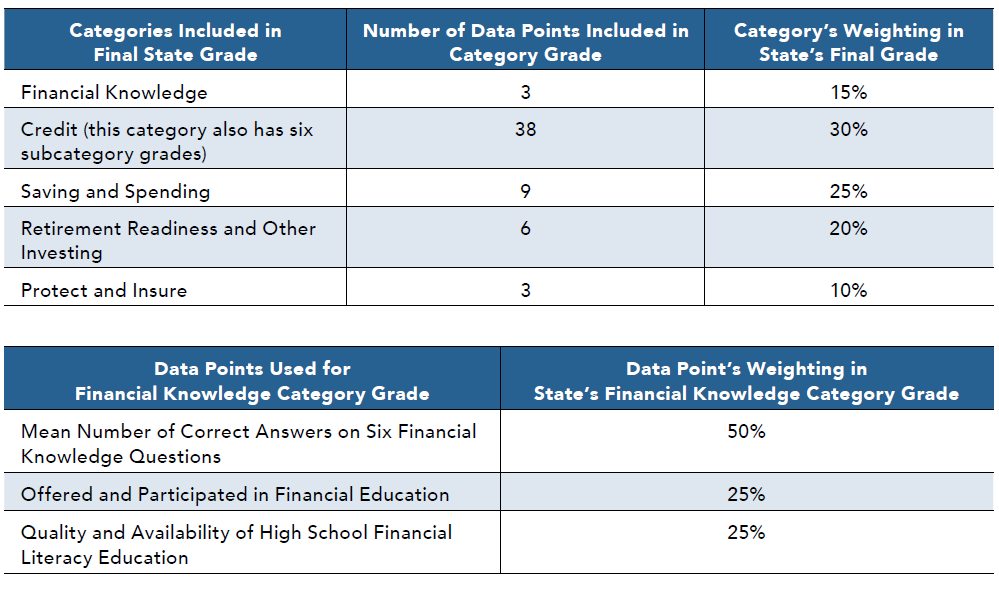 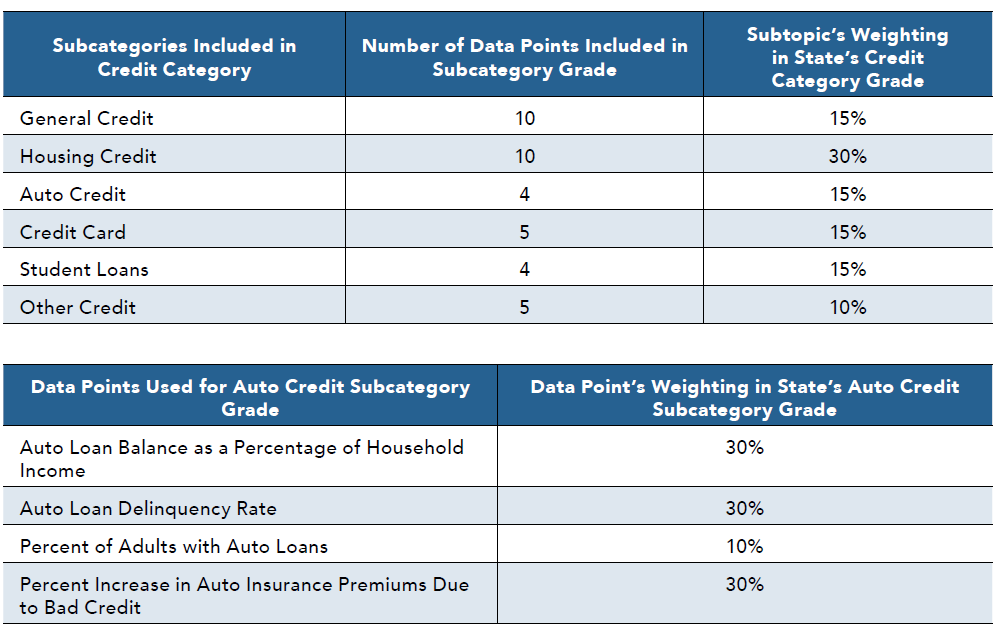