This report card grades each state on five category areas using 59 unique data points from 18 nationally recognized organizations. Based on this data, no state received a final grade of A+ or A. Only 22 states, or 44 percent, received grades of A-, B+, B or B-. Unfortunately, the states that tended to do the best were generally smaller in size, representing just 23 percent of the adult population in this country. More than three quarters of adult Americans (77 percent) reside in states that have a grade of C or lower and more than a quarter (28 percent) live in the 12 states with grades of D or F. 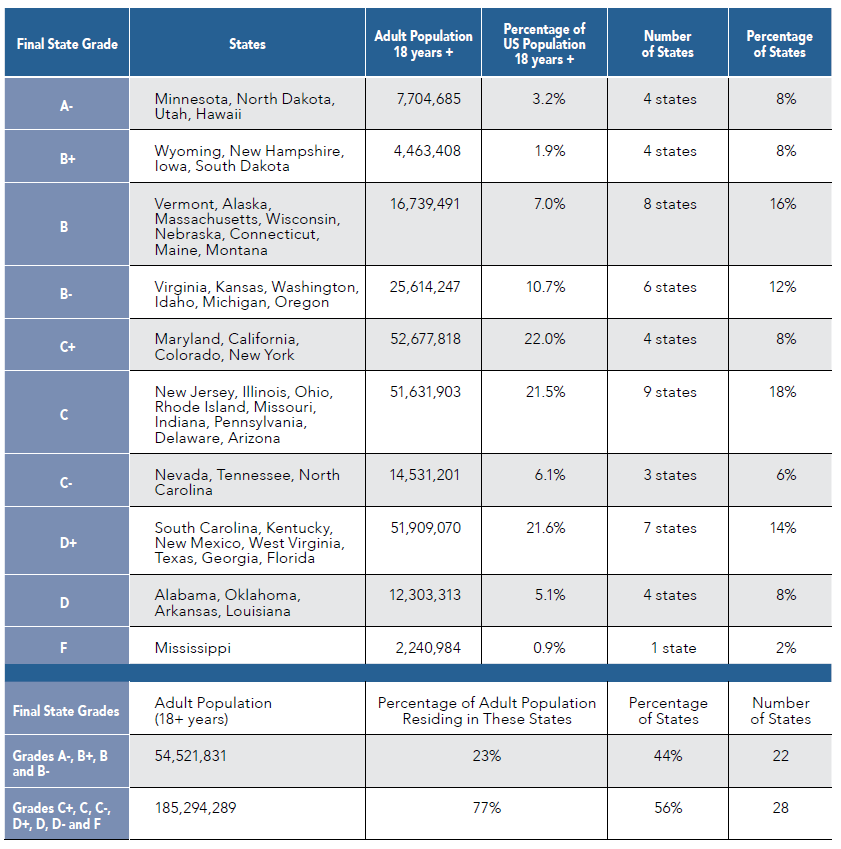