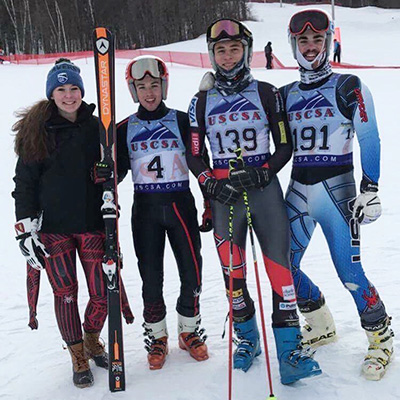 The Champlain College Ski team was started in Fall 2016 to bring the sport of ski racing to all Champlain students, whether we're training new racers or competing on the regional stage. We've proudly represented Champlain all across New England, and we've also provided opportunities for every skier to sharpen their skills, regardless of experience. We are an official USCSA team in the Thompson Division. We've been away at races every weekend since New Year's.

Our first-ever race was at Sunday River in Maine a week after New Year's.  With the hill being so far away, and most of our skiers away on Christmas break, only four of our members competed. Despite having the newest and smallest team in the Thompson Division of USCSA, our men's team won the Giant Slalom, with Nick Kaufman, '18, coming in first place, Zach Godwin, '19, in third and Ryan McCarthy, '18, in ninth. Molly Manero, '20, also performed exemplarily but was competing alone in a team competition.

We came in third on both days of our second race weekend at Bromley, VT, which we considered a humiliation after Sunday River. The next week at Dartmouth College, we won the first day and took second place on the second day. The fourth weekend we raced at Jay Peak.  We took second place on the first day and a victory the next day in the dual-panel slalom, a unique event in which two identical courses are next next to one another and racers ski against each other in an elimination challenge. 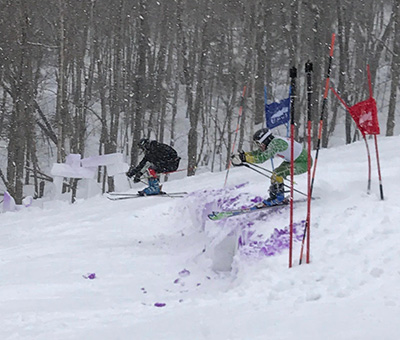 After the victory at Jay peak, our men's team qualified for Regionals, taking third place in our division for the season. At Regionals, the we took eighth place, making us the eighth place club ski team in the Eastern United States.

The beauty of the USCSA system is that no experience is necessary to race.  Anyone with skis and a helmet is welcome to attend our training sessions and even race.  We've had skiers among us this year who have raced for their entire lives, but we've also had those who have never been in a race course.  Our club is designed to accommodate all skiers, with the goal of helping everyone reach their full potential. 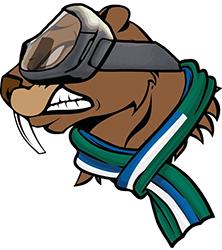