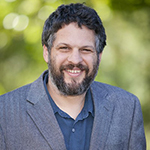 Dean Lawson has worked in the game industry for over 20 years, primarily as a Programmer but also as a Designer, Project Lead, and Director of Programming. He has worked on 14+ shipped titles including SimCity Societies, Caesar IV, Majesty, and Risk: Global Domination. He's also worked on games like World of Zoo and Club Penguin: EPF: Herbert's Revenge, and assisted with a number of online board game conversions for Hasbro and Wizards of the Coast. Throughout his career, Dean has focused on artificial intelligence for games and how it helps shape the player experience. 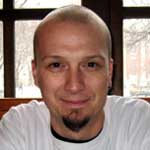 Joshua Buck, Associate Professor of Game Art, is a veteran of the entertainment game industry with more than a decade of experience. He has worked as a production artist and lead animator at Stainless Steel Studios in Boston, as well as a freelance artist and animator. Currently, Josh leads the development of the Game Art curriculum and teaches an array of 3D art classes from animation to environments. Josh has designed, created and animated hundreds of characters, buildings, and vehicles for award-winning, AAA-rated personal computer game titles and real-time gaming environments. Josh has produced artwork for games published by Sierra, Activision, Midway, and Vivendi Universal Games. He continues to contribute to the AAA game sector as well as to numerous side projects. 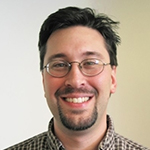 Greg Bemis has over 10 years of industry experience in the San Francisco Bay Area game development scene. As co-founder and General Partner of FoolProof Labs, Greg Bemis worked with many high-profile game publishers to devise and execute detailed test plans for games on Mac, PC, and Playstation. Greg worked for three years as a producer for Extended Play, a television program built to bring the excitement of video games to a mass audience. He worked closely with publishers and developers from Microsoft, Sony, Nintendo, Capcom, Konami, and more. 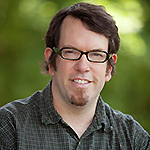 Joe Manley is a designer, artist, and programmer, as well as an Associate Professor in Game Design at Champlain College. Using traditional ceramic hand-building techniques, combined with motion sensing cameras, projection mapping, and game mechanics, Joe is pushing what defines a "digital" screen.

Joe's latest body of work was created while on sabbatical during the Spring of 2016 as a visiting artist at the University of Colorado, Boulder. His sculptures present the viewer with two distinct life cycles, "unplugged" and "plugged." Featuring clusters of hand-sculpted, organic nodules, the artwork is presented in both its original unplugged state as well as its plugged-in version. While plugged in, the clay sculptures are transformed using microprocessor-driven digital projection-mapping into an interactive environment composed of a myriad of tiny "screens." Through this metamorphosis, Joe examines our increasingly complex interactions and relationships with screens-both on and off.

Joe has been working and creating art and interactive experiences in Vermont since 1994. He has worked with JDK, KSV, Burton Snowboards, Green Mountain Coffee Roasters, The University of Vermont, MyWebGrocer, and many other clients through the years, in addition to working at the Vermont Clay Studio and volunteering at the Burlington City Arts Clay Studio.

Peter Wehr has been instructing at Champlain College since 2011 teaching Game History and Game Production. Working mostly with first and second-year students, Wehr works very closely with student game production teams teaching them to function effectively to implement their game concepts. Wehr has worked in academia and the entertainment industry for over four decades specializing in project management and developing infrastructure for new technologies for museums, games, film, television, CR-ROM, DVD, kiosks and the web. Wehr has worked with a variety of industry leaders such as the Smithsonian, HBO, PBS, the Rolling Stones, Sony, CBS, Pepsi, and Dilbert.  In his spare time, Wehr plays and coaches soccer, hikes, kayaks, nordic skis, snowboards, dabbles with Arduino and Raspberry Pi, reads history, and listens to a wide variety of music.