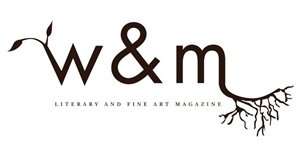 Willard & Maple began in 1994 as part of Professional Writing professor Jim Ellefson's class. The course allowed students from all majors to work together and create a literary magazine, the first edition of which was published in 1996. They have received submissions from all over the world.

Now, Willard & Maple is a subdivision of the Champlain Center for Publishing (CFP). The magazine is entirely run by undergraduate students who volunteer their time in weekly meetings to read, discuss and vote on each piece to decide what will be published in the next volume.

So far, Willard & Maple has published 19 volumes and is currently working on Issue 20, which is scheduled to be published in Spring 2019.

Poetry, prose and fine art may be submitted to the magazine through through Willard & Maple's Submittable page. Willard & Maple may be contacted through willardandmaple@champlain.edu.