Questions? We can help.

The Vice President of Student Affairs, Diversity and Inclusion serves as the College’s senior administrator with oversight of the College’s Bias Education & Response Team. The College is committed to clear and consistent processes and to prompt response and follow-up to complaints alleging bias.

The College has designated Danelle Berube, Vice President of Student Affairs, to serve as the College’s Bias Education & Response Coordinator. The Bias Education & Response Coordinator oversees the prompt investigation of complaints alleging bias; reviews findings as to whether bias was involved; consults with campus partners as to whether any policy violations occurred; coordinates the response and outreach for impacted individuals; communicates alerts and educational messages to targeted communities or the College community as a whole; and, in partnership with the People Center and Academic Affairs, works with parties involved to resolve the situation, repair any harm done, and prevent additional damage from occurring.

The Bias Education & Response Team, led by the Vice President of Student Affairs, includes the Director of Community Standards, Dean of Students, Academic Deans of each division, Assistant Vice President of Student Affairs, and the Associate Director of the Office of Diversity & Inclusion. Further staff from the Office of Diversity and Inclusion, the Office of International Student Services, and the Women's and Gender Center are included, as needed, for outreach and education efforts.

Expand All
Collapse All

Any conduct, speech, images, or expression that demonstrate conscious or unconscious bias which targets individuals or groups based on, but not limited to, their actual or perceived: age, disability, ethnicity, gender identity or expression, immigration status, marital status, national origin, race, religion, sex, sexual orientation, size, socioeconomic status/class, veteran status or on the basis of any other status protected by law or recognized within a Champlain College policy.

A bias incident is an offensive act that is neither criminal, nor a violation of the Sexual Misconduct Policy, the Discrimination and Harassment Policy, the Standard of Conduct or comparable College Policies. If a bias-related incident falls within the scope and definitions of the aforementioned policies, it will be addressed through those processes. However, bias will be deemed an aggravating circumstance to any violation of College policy.

As defined by Vermont law, a hate crime is a crime that is maliciously motivated by the victim's actual or perceived race, color, religion, national origin, gender identity, ancestry, age, service in the armed forces of the United States, disability, sexual orientation or gender identity is a hate crime. The perpetrator can be given additional penalties at sentencing. Hate crimes should be reported to your local law enforcement agency. Prosecutors can seek increased penalties for hate crimes, including longer jail sentences and higher fines.

Champlain College's spirit of inquiry in the pursuit of knowledge supports the institution's culture of exploration with respect for diversity and a passion for an inclusive learning environment. The college holds that its community, including, but not limited to, students, faculty, staff and invited visitors retain the right to freely express their ideas, so long as those forms of expression do not infringe on another's freedom to do so. We believe that the commitment to engage in discomfort and controversy can promote opportunities for growth. It is not the institution's purpose or duty to protect its constituents from conflict, but rather, to create conditions for debates and discussions to flourish.

Link to this FAQ
Reporting

To report a Bias Incident, use the Report a Concern form or contact Danelle Berube, Vice President of Student Affairs (Bias Education & Response Coordinator) at BiasResponse@champlain.edu. Reporting a concern can also be submitted anonymously.

To obtain the assistance of the Attorney General's office as a hate crime victim, you may contact them at:

The Bias Education & Response Team (BERT) is the group responsible for reviewing, coordinating, and responding to bias incidents for the Division of Student Affairs, Diversity and Inclusion and the College. The Bias Education & Response Coordinator or designee partners with the People Center, Champlain College Online, and Academic Affairs on reports that involve faculty, staff, and online students.

BERT will respond to reported incidents in the following ways:

The Bias Education & Response Coordinator or designee, in collaboration with members of BERT, tracks and reports on data, assesses trends, and identifies areas for training, prevention efforts, and policy development.

Students should contact Danelle Berube, Vice President of Student Affairs, dberube@champlain.edu, 802-865-5460, or BiasResponse@champlain.edu with any questions or to file a bias incident report.

Staff and faculty should contact Sara Quintana, Director of Human Resources, at squintana@champlain.edu or (802) 865-5417 with any questions or to file a bias incident report.

Link to this FAQ 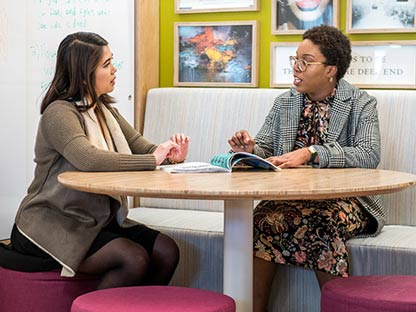 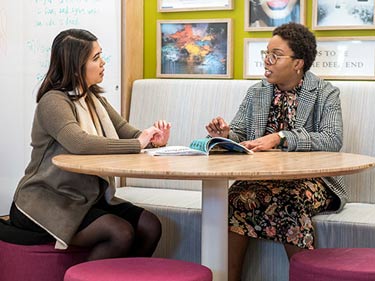 Looking for a Student Affairs, Diversity & Inclusion team member? All of our contact information is listed here. 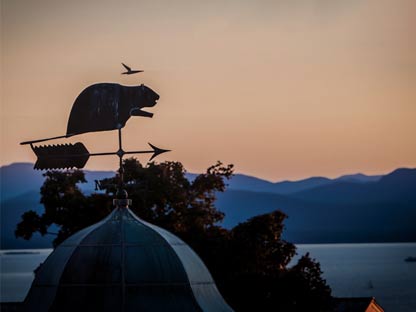 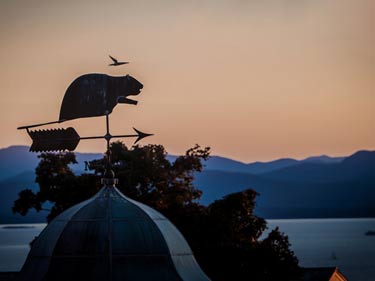 Compass Student Services is your one-stop-shop for the business of being a student. If you need help with your bill, ID card, financial aid, or registering for classes, Compass can help!

Stay up-to-date on Champlain news, people, places, and events with The View.

If you're looking for the cost of housing or meal plans, need help with your bill, ID card, financial aid, or registering for classes, you'll find answers here.