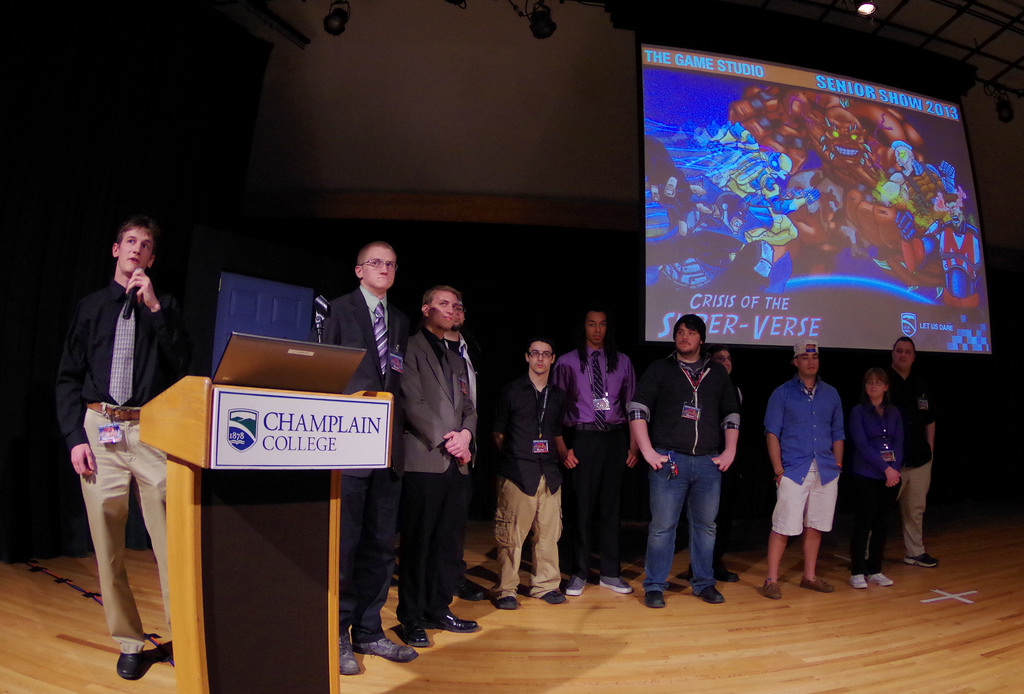 Based on last year's successful pilot and Professor John Pile's continued relationship with Autodesk, the software company has agreed to provide Champlain College a full year of licenses for the 2014-15 academic year for all game labs and professor computers in both Burlington and Montreal.

"This will allow our students to use the industry standard software for creating graphical user interfaces (GUI)," said ITS and Game Programming Professor John Pile. "Our partnership with Autodesk gameware is valuable in ensuring students are building games and becoming familiar with the same professional tools they will use after graduation."

To license all campus computers, the College is receiving approximately $112,000 worth of software at no cost. While Autodesk regularly offers free software to students (AutoCad, Maya, etc.) through their web portal http://students.autodesk.com, Champlain is the first school that has requested and been given access to their gameware suite.

At last year's Game Developers Conference in Austin, Texas, Pile formed a relationship with folks at Autodesk.  He has since been working with them and created a mini-pilot program at Champlain to use their gameware for senior team projects.

Students in the game-development programs can now use two pieces of gameware to assist with the development of games and can be incorporated with the College's current software tools. Scaleform and Navigation allow for the creation of menu systems in games using Adobe Flash, and the creation of complete artificial intelligence movement and path finding, respectively.

"Last year, as part of the pilot program, one of the senior game teams used this gameware for their capstone project and went on to win the category of ‘Excellence in GUI' at GameFest 2013." Pile stated that this is a testament to the quality of their tools. Learn more about Champlain's results at GameFest 2013 at https://www.champlain.edu/centers-of-excellence/game-studio/gamefest-2013/gamefest-2013-gallery#slide=0.