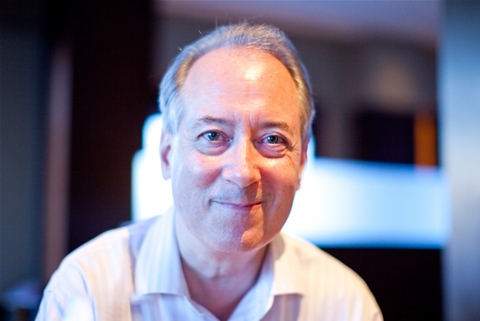 The Vermont Journalism Trust and VTDigger.org are sponsoring internationally known e-journalist, author, and speaker Dan Gillmor at a public presentation 7:30 p.m. Monday, April 8, at the Alumni Auditorium of Champlain College.

Dan Gillmor is an international expert on citizen journalism and new media. He writes a column about new media and technology for The Guardian, and he is the author of two books about the way in which the Web has transformed the power dynamic between the public and the media. The goal of his latest book and ongoing project, Mediactive, reflects his "strong belief that we need to turn media 'consumers' into active (even activist) users instead of passive receptacles."

The Center, originally funded by the Knight Foundation and the Kauffman Foundation, is working to help create a culture of innovation and risk-taking in journalism education and in the wider media world. Prior to his career as a professor at Arizona State, Gillmor covered Silicon Valley at the San Jose Mercury News for 11 years. While at the Mercury News, he started a blog — one of the first by a journalist for a traditional media company. Before covering the high-tech world, Gillmor worked at the Detroit Free Press, Kansas City Times and the Vermont Press Bureau and Times Argus in Montpelier where he covered Vermont politics in the 1980s.

Bill Schubart, chair of the Vermont Journalism Trust, invites Vermonters who have an interest in democracy, transparency and open government to attend the event. "The health of our democracy depends on a vigorous press scrutinizing the activities of our three branches of government, along with businesses and nonprofits," Schubart said. "It is more important than ever that a well-funded, unbiased and hardworking press corps delve deeply into important policy matters that give citizens and stakeholders the information they need to effectively participate in our democracy. Join us for a riveting event with Dan Gillmor and help raise funds for VTDigger."

About the Vermont Journalism Trust

Dan Gillmor is an American technology writer and columnist. He is director of the Knight Center for Digital Media Entrepreneurship at Arizona State University's Walter Cronkite School of Journalism and Mass Communication and a fellow at the Berkman Center for Internet & Society at Harvard University. For more information: http://dangillmor.com/about/