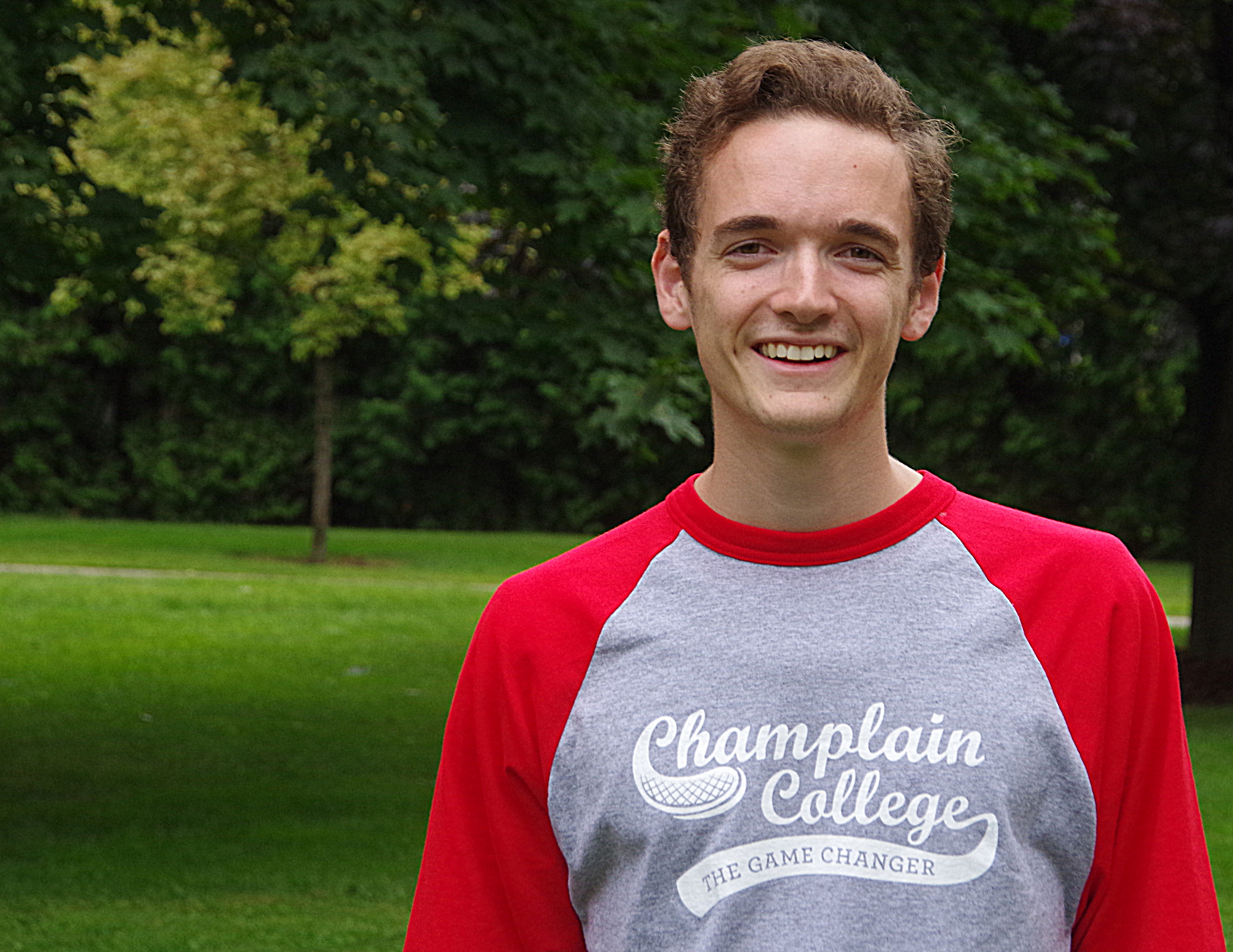 Jack Carpenter ‘15, a broadcasting & streaming media student has already begun making a name for himself in the world of comedy. Making national late night television appearances as well as winning an Emmy award for his self-produced talk show before the age of 21, he is an elite example of what time at Champlain can do for our students. Carpenter's own late night talk show, Lake Night with Jack Carpenter, won an Emmy award at the College Television Awards in April 2014. Carpenter was immediately offered a summer internship at Conan in Los Angeles. From there, he was offered additional internships to write for both The Tonight Show Starring Jimmy Fallon as well as The Late Show with David Letterman in the Fall of 2014; Carpenter turned both offers down to pursue his own endeavors.

We sat down with the late night prospect to see where he stands and where he will be going after his time at Champlain.

Tell us what brought you to produce Lake Night with Jack Carpenter?
I have made comedic videos for probably too long now. I started making videos in middle school; I became a YouTube partner in high school which lead me to pursuing broadcasting here at Champlain. I soon channeled all of my energy into late night television. I watched Jimmy Fallon and Jimmy Kimmel religiously, which inspired me to create my own late night program in my junior year at Champlain (as well as change my name to Jimmy). The original goal for creating Lake Night was to create a visual resume to get a job writing for a late night show. I hired about a dozen Champlain students to work on the show with me. It was pretty makeshift—we used the public television station to shoot, and the backdrop of our show was a banner we stole from a UVM sorority and a piece of my neighbor's fence. However, we learned how to make a television show work on a ramen noodle-budget and we had an absolute blast doing it. None of this would have been possible without the talent of my peers at Champlain as well as the guidance from the faculty.

What kind of exposure did the show give you?
I really had no idea where this show would or could take me. To be honest I didn't even know they had an Emmy award for college students. But they do, and it felt great to be nominated; for which I left Champlain's abroad program early to attend the award show in LA. It was great because nobody knew what Champlain College was. All other nominees were from big schools with their own television stations and big fancy sets and budgets, and then there I was, representing a show produced inside of my bedroom accompanied by my day-one homies, Mom and Dad. Winning the Emmy in the Alternative category was huge for me. The opportunity gates flooded open from there. I was offered an internship at Conan, which is where I spent my summer. I also interviewed at Jimmy Fallon and David Letterman. They both came through with offers to write for them, but I chose to return for my senior year at Champlain and to continue Lake Night and see where that goes. 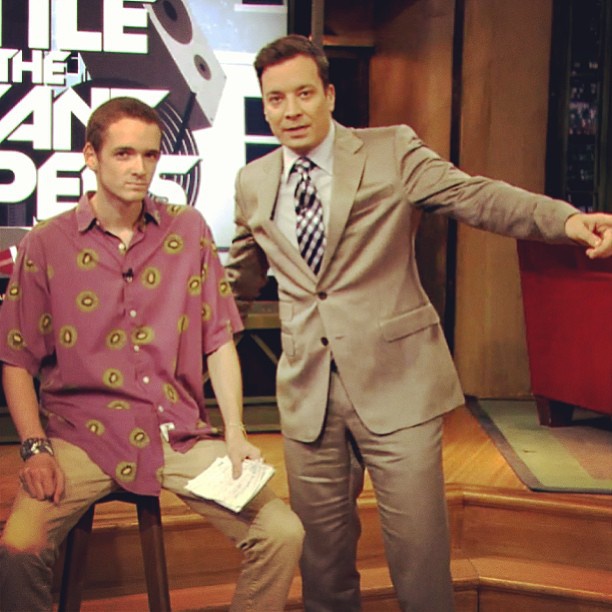 Apart from the show, what else do you do to develop your comedy career?
I sort of forced myself into live comedy. One day sophomore year I was giving a presentation in a class at Champlain, to like 15 people, and I had an anxiety attack and I freaked out and sat down mid-speech. After that, I realized I could either drop the whole comedy thing and sit behind a desk for the rest of my life, or I could make my life a little more exciting and face it head-on. So the next day I went and did an open mic at Nectar's bar downtown. It went well and it all grew from there, rapidly. Six months after that I was performing on Late Night with Jimmy Fallon (luckily sans-anxiety). I did a lot of standup while I was in Los Angeles, which was crazy. The level of comedy you would find at the Vermont's Funniest Comic competition is the same level of comedy you would find at a dive bar open mic at 11 p.m. on a Monday night in LA. So I was doing shows every day to develop myself so I could be a better performer on my show.

Has your sense of humor ever gotten you in trouble?
Ha. (I think my high school principal can answer this for you). But yeah, more notably I made a fake KFC commercial my senior year of high school for a business class. The commercial shows my baby Pomeranian bonding with his new owner in the car. The puppy eats his owner's chicken, and the owner gets so mad that he throws (clearly a stuffed animal) out of the window of a moving car. Sounds darker than it actually was, but long story short, PETA (People for the Ethical Treatment of Animals) got ahold of the video thinking it was a real KFC ad. So PETA posted it to their social media bashing KFC, which became a PR nightmare for the corporation. It ended with the headquarters of KFC on the phone with my high school principal. And this was just months after my principal almost sued me for a parody song I made that exposed the students' perspective of attending his school.

What would you say is the best part about Champlain?
Definitely the connections I have made here. Any school can provide you with a decent education, but what really matters is who you know and how you pursue things. Champlain really focuses on helping students develop their own ideas and endeavors and that is what has allowed me to be in the position I am now. The guidance and attention from the faculty has taught me more than any textbook ever could. 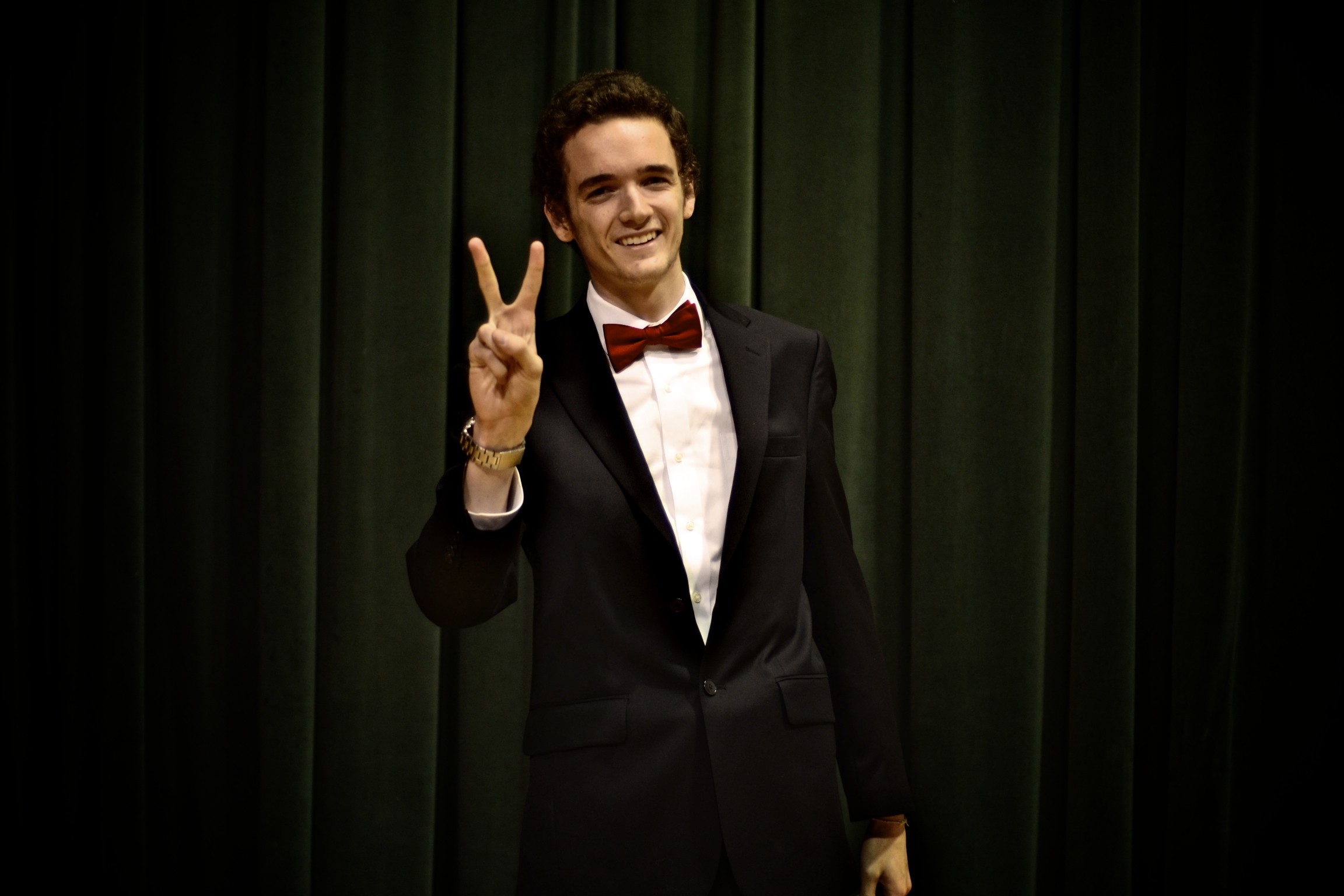 Where do you see yourself in one year?
In this industry you never really know what's next. My goal is very long-term, so for now I'm just enjoying the events building up to it. We are currently developing a pilot of my show in attempt to get picked up by a network. I also simultaneously run a company that is touring the country putting on social events at colleges, which in turn will provide the funding for my show. It's all very overwhelming and fun. But to answer your question, I have absolutely no idea where I will be in one year from now, and I wouldn't have it any other way because that's what your 20's are for.

In his time at Champlain, Carpenter has also been an Orientation Leader, won audience favorite in the BYOBiz Elevator Pitch and studied abroad in Dublin, Ireland.

Champlainer Staying Up for some Late Night Rapping, via Champlain News.