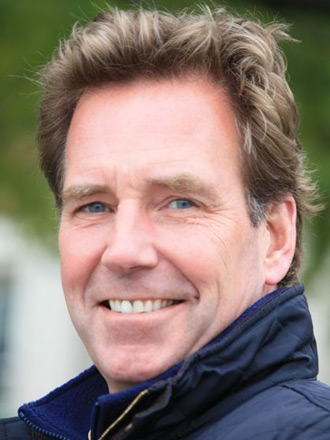 A graduate from the University of Vermont, Dr. Cross has over 25 years of experience in international diplomacy, negotiations, corporate relations, research and education in both academic and applied settings, including working for the United Nations' International Fund for Agricultural Development (Rome), the NATO Parliament (Brussels), and Business International -The Economist.

In 1994, Dr. Cross founded and directed the first post-communist Training Institute in Business and Government in Albania and served as a consultant to the US Department of State Foreign Service Institute. He earned the Doctoral Degree in Political Science from the Graduate Institute for International Studies at the University of Geneva, Switzerland. He received the Carrington Medal by NATO Secretary General Lord Carrington and is a Truman Scholar from the State of Vermont. He was also a professor of international relations at Wuhan University of Technology in China.

He currently is the founding president of Education Vermont USA. He is a member of the board of the Vermont Council on World Affairs. He has served as the NAFSA Senior International Officer Network Manager and served on the Executive Board of the IIE Global Engineering Education Exchange. Cross has become increasingly involved in efforts to link international education to economic development.