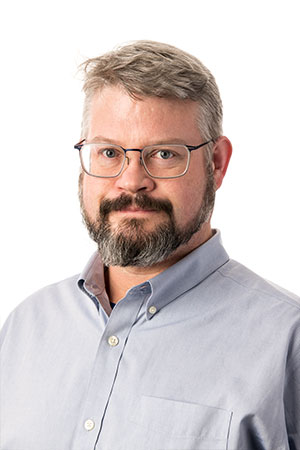 Kenneth Heskett has worked in the information technology field since he broke his first computer in 1994. He was acknowledged as the "computer guru" for his unit while serving in the U.S. Marine Corps, learning desktop support, system administration, and network administration on the job. After finishing up his enlistment, he returned to the University of Michigan to earn a Bachelor of Arts in classical archaeology and history while working as a student staffer for the central IT division of the university.

Just before he graduated, Heskett was hired on full time and stayed for 17 years in a variety of roles, including desktop support, IT office manager, access & accounts manager, and finally as senior IT auditor. Along the way, he earned his Master of Business Administration focusing on project management-all while raising four boys and supporting his wife's career as a high school science teacher, often by grading papers and serving as a judge for the annual science fair.

Heskett is currently the IT audit manager for Ensemble Health Partners. He volunteers as an adult leader with the Boy Scouts of America and as a board member with the ISACA New England chapter. He loves to visit the beautiful places in his adoptive state, watch college football, and play games of all sorts. In addition to his family, he shares his home with a small white dog, four cats, and a bearded dragon.

"Set your course by the stars, not by the lights of every passing ship."