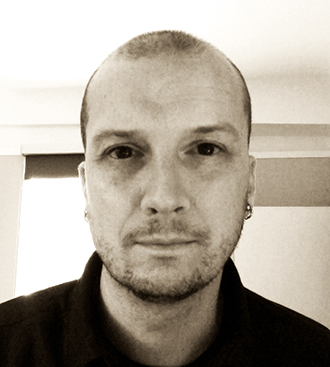 Joshua Buck, Associate Professor of Game Art, is a veteran of the entertainment game industry with more than a decade of experience. He has worked as a production artist and lead animator at Stainless Steel Studios in Boston as well as a freelance artist and animator. Currently Josh leads the development of the Game Art curriculum and teaches an array of 3D art classes from animation to environments.

Josh has designed, created, and animated hundreds of characters, buildings, and vehicles for award-winning, AAA-rated personal computer game titles and real-time gaming environments. Among the game titles he's worked on are Empire Earth, the winner of a Gamespy Award for PC Game of the Year; Empires: Dawn of the Modern World, one of the Academy of Interactive Arts & Sciences' Top 5 Computer Strategy Games of the Year; Rise & Fall: Civilizations at War; and Empire Earth III.

Josh has produced art-work for games published by Sierra, Activision, Midway and Vivendi Universal Games. Josh continues to contribute to the AAA game sector as well as to numerous side projects.

Josh holds a BFA from the University of Rhode Island and an MFA in Computer Art & Animation from Savannah College of Art & Design.