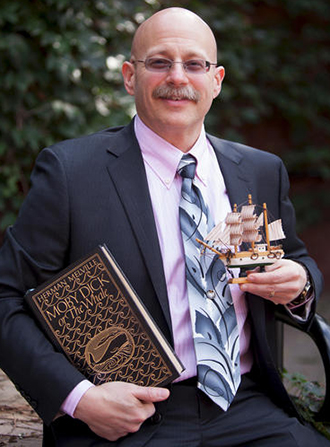 Robert Mayer spent his early years as an Army brat, travelling the world but rooted in his father's home state of Georgia. After earning a B.A. in History at Georgia and a M.A. in Foreign Affairs at Virginia, he worked for years in the defense industry in the Washington, D.C. area and in Berlin, Germany. As the Cold War wound down, he returned to Georgia to get his Ph.D. in History, and spent the next several years working in documentary editing, university teaching, and magazine journalism and editing before joining Champlain College.

At Champlain, Robert has been heavily involved in curriculum development, general education and electronic gaming, as well as proselytizing about the wonders of standard poodles, German Shepherds, and lox. He lives in Jericho with his wife, Cindy, and their dogs. He regularly presents at the American Culture Association/Popular Culture Association national conference as well as at other academic conferences, is interested in cultural military history, games, and technology, and has traveled extensively.

Melville's Moby Dick is not only a great interdisciplinary romp through 19th-century American minds, it's also, um, a whale of a tale. As a historian I appreciate the book's evocation of another time and place. As a teacher I love its breadth, its humanity, and its sense of wonder. Oh, and it has big fish.

"We call the CORE "general education" because Champlain graduates become the generals in their field; we train leaders."