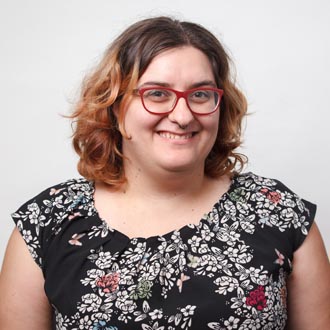 Stephanie Zuppo is a cartoonist and educator living in Burlington, Vermont. They received their BFA in Illustration and Design at Moore College of Art and Design in Philadelphia, and an MFA in Comics at The Center for Cartoon Studies in Vermont.

Zuppo is an adjunct professor in the Game Art major, currently focusing on teaching, making comics, and developing ways to make the comics industry a better place. They previously worked as a freelance storyboard artist, web designer, and production artist in Philadelphia before moving to Vermont to focus on teaching and comics. They are the editor of The Ladybroad Ledger, Vermont's only free femme comics newspaper, and the co-creator of Conosaurus, a tool which helps creators and fans plan their convention season. Zuppo is also participating in a mentorship program at Generator Makerspace—a community partner with Champlain College—where they have held membership and volunteered for several years.

Besides printing, exhibiting, and distributing their own work and the work of others, they have also appeared in several comic anthologies and publications.