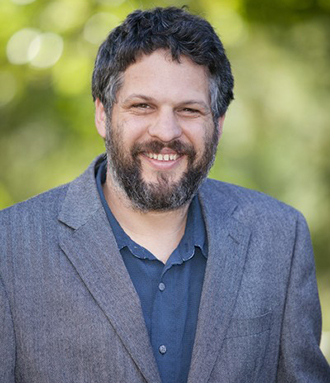 Dean Lawson has worked in the Games Industry for more than 20 years, primarily as a Programmer but also as a Designer, Project Lead, and Director of Programming.

He has worked on 14+ shipped titles, including SimCity Societies, Caesar IV, Majesty, Risk: Global Domination, a number of online board game conversions for Hasbro and Wizards of the Coast, and World of Zoo and Club Penguin: EPF: Herbert's Revenge on the Nintendo DS for THQ and Disney Interactive, respectively. Throughout his career, Dean has focused on game AI and how it helps shape the player experience.

Dean's other main passion in games is Game Architecture; how to engineer flexible technical frameworks for games. Dean advises at the EMC at Champlain College, as well as working as a contract programmer for a number of game and educational companies. Dean has been teaching at Champlain College since 2010: he previously taught Game Programming and Design at Savannah College of Art and Design.

Dean Lawson earned a BS in Computer Science from Union College in Schenectady, NY and an M.Ed in Secondary School Mathematics from the University of Massachusetts, Amherst.

Dean is also the Director of Champlain's Game Academy, a pre-college summer program for high school students who love video games and are interested in making them.