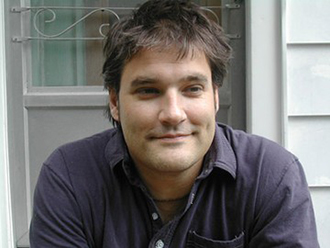 Ken Howell is an Associate Professor in the Division of Communication & Creative Media, where he teaches in multiple programs. He started teaching at Champlain as an adjunct in 2006, having previously taught at the New York University Steinhardt School and New Jersey City University.

Ken has been working with Champlain's Emergent Media Center (EMC) since 2008. He has worked on an array of projects, including the UNFPA Game to Prevent Violence Against Women and IBM Virtual Worlds project. Along with support from the EMC, Ken recently served as Faculty Advisor for the Sandbox team, a group of students exploring new and novel forms of human-computer interaction. Work from that team has been exhibited at the Chicago Design Museum, the Game Developers conference, and many other venues internationally. He also works with a group of artists called the Illumination Collective, exploring digitally controlled lighting as a means of art making.

In addition to teaching, Ken has been an independent Interaction Designer and Developer for over twenty years, and has worked on such broad-ranging brands as Urban Outfitters, Rossignol, Pantene, and Skittles. He is also active in the Maker Movement, and is a founding board member of Generator Makerspace and an organizer of the Champlain Valley Maker Faire.

When he is not working or teaching, Ken enjoys drawing, painting, tinkering in his laboratory, taking care of his Bonsai trees, and all things outdoors.

All of us are smarter than any of us. At Champlain, education is responsive and collaborative, to create a culture of life long learning and professional resilience.