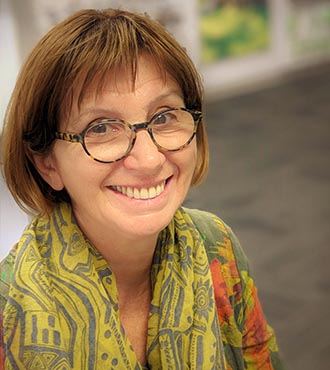 Mira Niagolova is an award-winning documentary filmmaker committed to telling stories of global concern portrayed with sensitivity and compassion. Her films have been aired in more than 30 countries around to world. She has also worked as a producer, programmer and festival manager in the Film/TV Industry and nonprofit film sectors.

For the development of her films, Mira has received fellowships and awards from Sundance Documentary Fund, Vermont Arts Council, National Film Board of Canada, New England Foundation for the Arts and others. Mira is a recipient of a 2017 FulbrightScholarship award. Her current project " Mapping Paradise" explores how people from different backgrounds perceive happiness.

"I see my role as a teacher to create an environment for my students that is inspiring and challenging, in order to encourage them to generate new ideas and develop their own voices that can be heard and trusted."