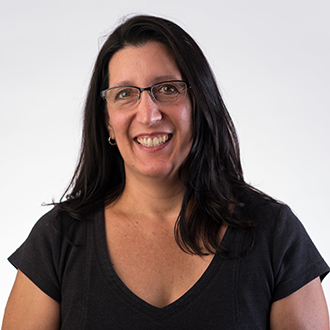 JoAnn Patel has a MFA in Computer Arts from Florida Atlantic University and a BFA in Environmental Design from Parsons School of Design. She began working with computers in the late 1980's after buying a Mac Plus and a keyboard to experiment with digital music creation. By the mid 1990's, her exploration of the computer as a creative tool expanded to the visual arts.

JoAnn was 3D Art Director at D2 Creative/D2 Team-Sim where she worked on training simulations for Raytheon and the US Military as well as marketing videos for pharmaceutical clients. While freelancing in New York City, she worked on projects for the History Channel, A&E, HBO, Discovery, MSNBC, BMW and Hasbro Toys.

JoAnn was Chairperson of Undergraduate Studies at Digital Media Arts College in Boca Raton, FL, and has taught at Pratt Institute, New York Institute of Technology, Florida Atlantic University, Art Institute of Ft. Lauderdale and Miami International University of Art and Design Online. Jo Ann's animated short films "Reflections", "Idea Hunting", and "Casandra The Chameleon" have been shown at international film festivals and on the Tampa Educational Channel. "Casandra The Chameleon" won the grand prize at the Homestead Animated Film Festival in 2003.