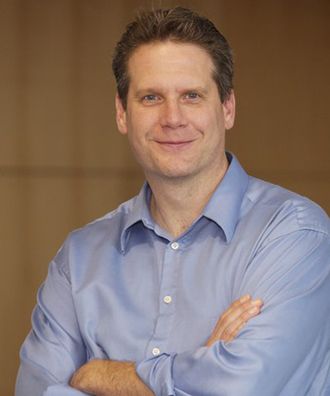 Eric Sample teaches Fundamentals of Music, Film Scoring, and Synthesis & Sound Design. He also runs the recording studio at Champlain College. He is thrilled to have just completed a worldwide sabbatical, researching the music of the African diaspora and travelling to Cuba, Brazil, Kenya, Ghana, Gambia, and Senegal.

He received his initial music training on the island of Jamaica, starting at the Jamaica School of Music before studying privately with the amazing Michael Dyke.

After leaving Jamaica, Sample moved to the bright lights of New York City, and freelanced at 100+ different advertising agencies over a five-year period, getting a fascinating look at the New York media and marketing landscape.

A relentless lifelong learner, Sample has attended the following schools: the Jamaica School of Music, the Brooklyn Conservatory, the School of Visual Arts, UC Berkeley, the Berklee College of Music online, and the Vermont College of Fine Arts.

Sample also loves architecture and design, having designed the layout of the Champlain Music Studio and his parents' cottage. One of his attempts to calm his caffeine habit is by making architectural models—everything from chairs to futuristic cityscapes. Miniature is magic!

Sample recently completed his Composition Portfolio at Vermont College of Fine Arts. For this, he wrote four different performances for four live ensembles. His worldwide research sabbatical in music of the African Diaspora resulted in video and audio documentation of diasporic musics on their home soil. He is the recipient of the Clemmons Family Farm's Sense of Place grant to present caribbean music at Clemmons Farm Farm. He also presented "Bahia to Babylon," a concert of original works, at Champlain College. Sample has presented four concerts of original music for ensemble at VCFA Chapel.

Performances of Sample's recent musical compositions can be found at https://soundcloud.com/ericsamplenow.

Sample is the advisor to the Piano Club, the Recording Club, and Purposeful Dissonance Vocal Group. He is also the Music Studio Coordinator.